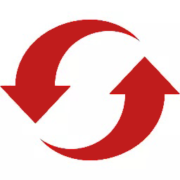 Version 13.1 contains a total of 18 new functions and function enhancements: Among other things, the reputation filter has again been extended with new checks. Reputation Filter is a powerful system that protects against phishing emails and CEO fraud attacks independent of pattern files and is continuously refined.

Additionally, the new version supports additional file types in the content filter of NoSpamProxy. Particularly in the area of packed container formats, a lot has been done to increase the security of email attachments. The checking of links was also further expanded. To make it even easier to establish NoSpamProxy in a cloud-based environment, the software now also supports the SMTP-Auth method to validate email servers as “corporate email servers”.

As VIP Encrypt© NoSpamProxy Encryption can be used in conjunction with Microsoft Office 365 to implement content encryption that offers the security level of end-to-end encryption and ensures that administrators cannot read particularly confidential e-mails – such as those between management and supervisory boards or investors – without sacrificing the benefits of a gateway-based encryption solution such as central security checks and ease of administration. Translated with www.DeepL.com/Translator

All new features at a glance