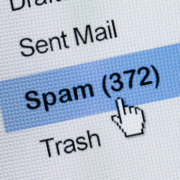 New verdict confirms: Messages in emails have legal effect even if they are filtered out and moved to the spam folder.

So-called false positives always pose a risk for many anti-spam solutions. These emails that are incorrectly recognized as spam are then either deleted or moved to quarantine or to the spam folder.

Both approaches are problematic because legally relevant documents are either lost or difficult to find. In its judgement of 10.01.2014 (Case No. 5 O 189/13), the Regional Court of Bonn in Germany ruled that it may constitute a culpable breach of duty if the spam folder is not checked daily.

A recent case from Austria also highlights the problem. In a recent decision (3 Ob 224/18i), the Austrian Supreme Court (OGH) stated that the spam folder must be checked and that legally relevant documents are deemed to have been received even if they end up in the spam folder.

In the present case, a married couple refused to pay a real estate agent’s commission because two emails from the agent – each containing instructions on the right of withdrawal including the withdrawal period – ended up in the spam folder of the consumer. The withdrawal from the brokerage contract was therefore invalid, as it was only declared after the 14-day period had expired.

This was confirmed by the court: Despite the fact that the emails were stored in the spam folder, the man had the opportunity to read the emails and thus the instruction. The failure to check the spam folder is his omission.

With NoSpamProxy you avoid such obstacles right from the start, because true to the motto “Defend not sort” there is no spam folder and no quarantine with NoSpamProxy. In contrast to other solutions, NoSpamProxy fends off spam emails before they reach your system.

If a trustworthy email is not accepted, NoSpamProxy ensures that the sender is informed about the prevented delivery. Thus, NoSpamProxy is one of the few products on the market that offer full conformity with the demanding German law (especially according to §206 StGB, §88 Telekommunikationsgesetz).

With NoSpamProxy you avoid the possible legal consequences for companies and private individuals that can result from the sole acceptance of an email.