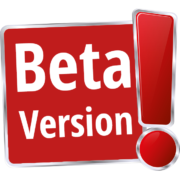 The official beta phase for NoSpamProxy 13.1 started on August 28, 2019. Interested customers now have the unique opportunity to get to know the new functions before the official release.

Among other things, the reputation filter will again be extended to include new checks. “The reputation filter is already a powerful system that protects our customers against phishing emails and CEO fraud attacks independent of pattern files,” says Stefan Cink, Senior Product Manager for NoSpamProxy. “However, there are a number of other checks on the roadmap that will be gradually implemented in subsequent versions”.

The list of supported file types in the content filter of NoSpamProxy has also grown further. Especially in the area of packed container formats, a lot has been done to increase the security of email attachments.

In order to integrate NoSpamProxy even more easily into a cloud-based environment, the software now supports the SMTP-Auth method to validate email servers as “corporate email servers”.

Version 13.1 includes a total of 18 new features and enhancements. If you are interested, you can request the new beta version here. With the sending of the download links you will also receive the complete list of changes.

The beta version has already been subjected to extensive quality assurance measures. However, use in productive environments is at your own risk. We recommend using beta versions only in testing environments.