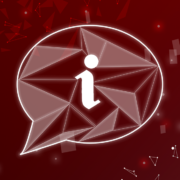 On our download page we offer you different versions of NoSpamProxy. These versions differ – even within one release cycle – due to different test strategies.

The versions in the regular channel usually include new functions in addition to bug fixes. Since all functions are extensively tested, these versions have a longer throughput time in quality assurance. In addition, these versions are deployed as productive installations to selected users about four weeks before release.

These versions contain only bug fixes, which is why the throughput time in quality assurance is shorter. The tests are limited to the basic functions including installation and update. In addition, the functions that have received an error correction are tested. After the quality assurance tests, these versions also run as productive installations for about two weeks before being released to selected users.

These versions are deployed before a release and contain new or changed features. The deployment phase is announced via our blog, where all partners and end users have the opportunity to register for such a version.

Beta versions may not be used in productive environments!

For individual customers, we release versions at irregular intervals that are specially tailored to them. These versions are not released publicly, but are only distributed to the respective customers.