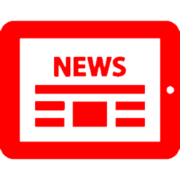 On March 20, there was a short interruption in the processing of e-mails, because the query of the mail hash values by the Cyren service did not work.

We apologize for any inconvenience caused by NoSpamProxy.

Our partner Cyren, who operates a worldwide network for checking e-mails, has now provided us with a root cause report.

After that, the service was down from 12.35 UTC to 13.34 UTC. The Cyren front-end servers recorded a very high workload at this time, which was caused by a sudden increase in requests (3 to 5 times) and on the other hand led to a resultant extensive update of the SPAM detection logic that caused the servers to no longer process any requests.

Cyren’s protection against such power peaks has not worked in this case. Cyren has given assurances that these will be improved in accordance with the scenario that has arisen in such a way that a failure of this kind or a similar nature cannot occur again.

In order to further reduce the dependency of NoSpamProxy on third-party service failures, we plan to make it possible to configure the query of external services so that e-mails can be further processed without simply abandoning current security standards.
As usual, we will inform you about the exact functionality and time of availability within the scope of our release communication.

We ask you again, also on behalf of our partner Cyren, to excuse the failure. For further questions our support team and I are at your disposal at any time.

Subscribeto RSS Feed
How to Protect Your Company from Phishing Attacks