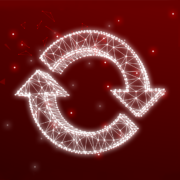 We have released the Version 13.1.20071.1529 on March 16th, 2020. This Version is an upgrade release where the following Bugs are fixed and new features are added or changed.

As of update Version 12.2.18253.1152, a script for cleaning up the message tracking is included, which deletes orphaned entries in the database and from Version 13.0.19169.1943, a script for improving Table Indexes was added.
These may cause the setup not to respond for a some time during database update. The setup must not be aborted and must run until completed. Please schedule a longer upgrade period for this.

If the Protection module is licensed, it is possible that the Cyren services do not work and no viruses and spam checks are performed after the update to version 13, although the NoSpamProxy license itself has been correctly validated. To correct this, in the NoSpamProxy Management Console go to Configuration/NoSpamProxy Components/Gateway Roles, select the gateway role(s) and click on Synchronize configuration.

In order to prevent the error message “Unable to relay”, this version is required if emails are to be sent from Office 365 via NoSpamProxy.